This program is for adults who have finished lower-division transfer coursework and whose schedules do not permit them to attend regular campus classes.

This two-year, 40-unit program is offered by SSU's Hutchins School of Liberal Studies in collaboration with the School of Extended and International Education. The Hutchins School does not believe that being educated consists of "knowing things." Rather, we believe that it consists of being able to think about the "things" that you know. And this involves being challenged, being confronted with other viewpoints, and being able to articulate your own changing understandings.

A B.A. in Liberal Studies provides excellent preparation for students interested in careers in teaching, counseling, social work, public service, law, or business, as well as graduate work in the social sciences and humanities. For more information about the many things you can do with a Liberal Studies degree, see our Career Opportunities page.

Throughout your program, you will be provided with the information and support you need to complete your Bachelor's degree. The program advisor provides individualized guidance from pre-admissions advising through navigating the graduation ceremony and beyond, as well as acting as your on-site liaison for those matters that can be challenging for students to handle from off campus.

B.A. Liberal Studies Napa Valley and Solano offers liberal studies programs at Napa Valley College and Solano Community College in partnership with the School of Social Sciences. There are no residency requirements for these programs.

The Hutchins School of Liberal Studies - The Hutchins School of Liberal Studies is a unique school within the larger institution of Sonoma State University. Hutchins students complete all lower-division general education requirements, with the exception of mathematics--through an interdisciplinary, theme-oriented focus. "Learning to learn," small seminar classes, close cooperation and a feeling of community among students and faculty are highlights of this program. This is offered stateside for regularly matriculated students.

Liberal Studies Ukiah - Residents of Mendocino and Lake Counties may also be interested in the Liberal Studies B.A. program based at the Mendocino College campus in Ukiah. This is offered stateside for regularly matriculated students. 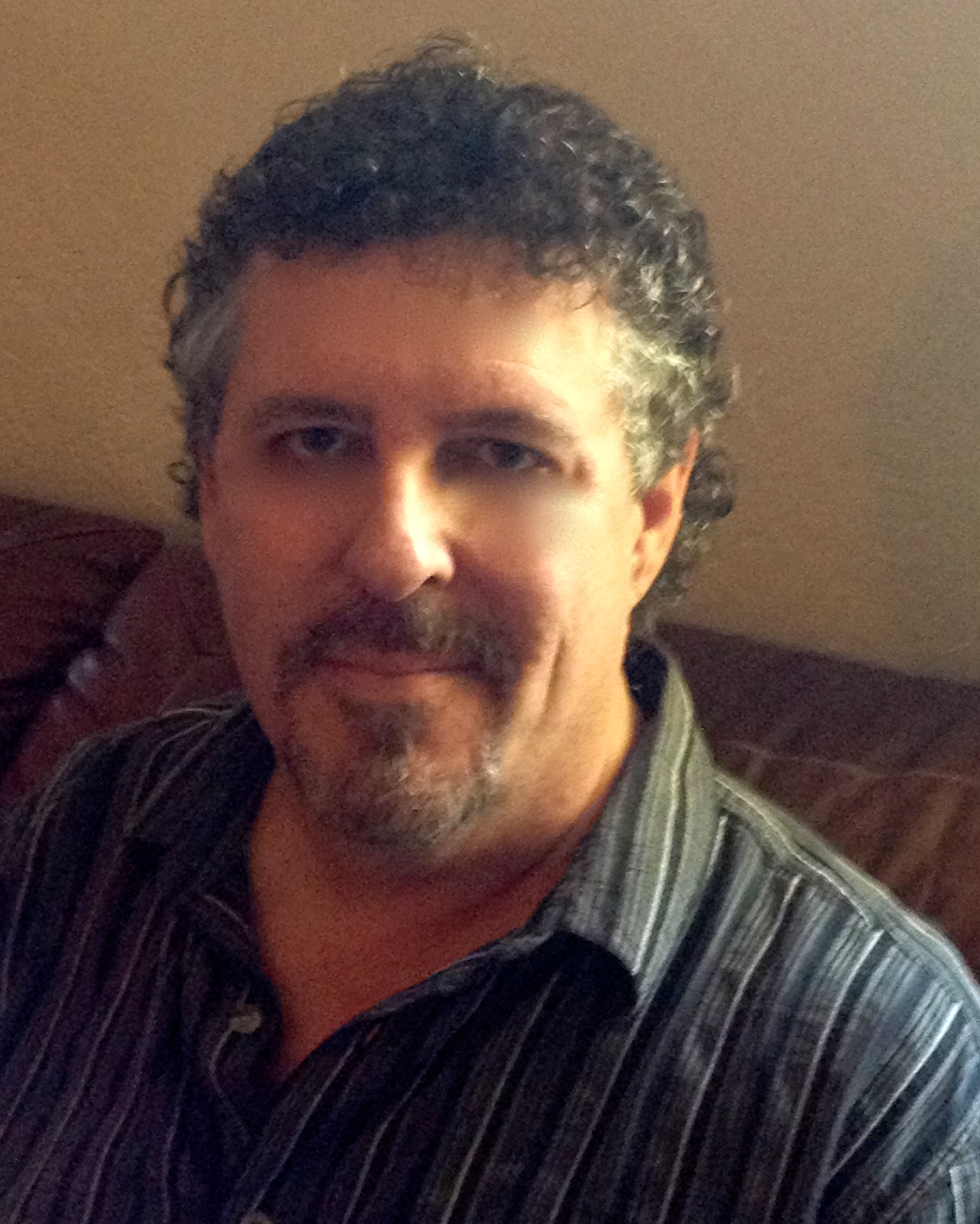 Following interdisciplinary training in anthropology including religious studies, politicaI-economy, and archeology, I conducted two years of ethnographic research in India, Nepal, and Tibet in the 1990’s. My dissertation focused on the impacts of tourism and globalization on Tibetan artistic and religious culture. While tourism, Tibetan exiles, and global politics have been the main subjects of my academic writing, since joining the faculty at Sonoma State, I have been primarily dedicated to teaching and advising. The Hutchins School has afforded me the opportunity to develop coursework in a broad range of subjects that interest me, much of it outside my academic “discipline," such as Death and Dying, Conspiracy Theories, and the Anthropology of Humor. I am honored to serve the student based practices of the Hutchins School in the LIBS Saturday Degree Completion Program with working adult students!

Christina Nichol, M.F.A., attended Hutchins as an undergraduate and completed her MFA in creative writing from the University of Florida. She has taught in India, South Korea, Kyrgyzstan, Kazakhstan, Kosovo, Russia, and the republic of Georgia, where her debut novel, Waiting for the Electricity, is set. Christina’s primary interests include documentary filmmaking, oral histories, impacts of globalization, creative process, sacred traditions, and environmental issues.

Laurie Stuhlbarg, M.A., M.S.,  received her MA in English at Stanford University and her MS in Interdisciplinary Environmental Studies at Antioch University New England, where she is finishing her doctoral dissertation on communitive and rewilding experiences in the landscapes of Frederick Law Olmsted. She has taught writing and interdisciplinary courses in the Nonfiction Writing Program at Brown University, the Integrative Thinking and Writing Program at Keene State College, and the English Department at Bridgewater State University. Her journalism and interviews have appeared in national and local publications, including Scene 4, Intuition, and various regional newspapers in New England and the Bay Area. In addition to teaching and writing, Laurie has worked as an editor for individuals composing scholarly and creative projects, and done fundraising, community outreach, and media relations for nonprofit arts and social justice organizations. 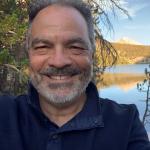 Carlos Torres, B.A., Ph.D., received his doctorate at the University of Colorado at Boulder in the subject of social anthropology with an emphasis in media anthropology. For his graduate research, he concentrated on the ethnographic media produced in Chiapas, Mexico. He has researched Maya-produced media in diverse formats, comprehensively documenting aesthetics, narrative devices, and the sociopolitical context of this media. He is currently looking at citizens' media produced globally to understand how this media is contributing to the world-wide mediascape through independent reportage and to the production of textual and testimonial truth.

Nancy Uber-Kellogg, B.A., M.A., Ph.D., writes memoirs and fiction. She has taught in the Saturday Hybrid Liberal Studies Program since it began in 1997. Initially the writing instructor, she later became a Senior Project course teacher as well. Nancy’s education includes a B.A. in Environmental Design (Antioch College), M.A.’s in Dance Criticism and in English (Sonoma State), and a Ph.D. in English with an emphasis in Rhetoric and Composition (Purdue University). During graduate studies, Nancy focused on communication across cultural divides. She explored Zora Neale Hurston’s use of double voicing—the practice of creating statements that will be understood one way by members of a culturally dominant group and another way by members of an oppressed group. Her dissertation is a case study of Anglo college composition instructors who taught writing to Native American students, either at tribal colleges or at universities that offered classes especially for Native students. She was curious to hear about “moments of encounter” the teachers had with their students, times when they had to search for classroom practices that both they and the students could accept. One issue that they all struggled with was how to answer why should young students share their opinions when their cultures say the elders should speak on behalf of everyone. In addition to teaching, Nancy has worked as an editor and writer for nonprofits and individuals. 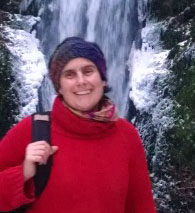 Barbara Widhalm, Ph.D., is a faculty member of the Saturday Hybrid B.A., Libs program. She currently also teaches at Peralta Community College District, St. Mary's College of California and John F. Kennedy University. Originally from Vienna, Austria, she has a Bachelors in languages with a minor in environmental economics, a Masters in Community and Regional Planning from the University of New Mexico and earned a Ph.D. in Transformative Learning and Change from the California Institute of Integral Studies. As a global citizen who has lived, studied, and worked in Russia, Austria, and the U.S. she has a passion for the wellbeing of the planet and all its inhabitants. Her dissertation research focused on designing dynamic learning experiences that congruently mimic living systems in learning content, process, and structure. She brings 20 years of experience working in social, environmental, and economic sustainability in various nonprofit and educational settings. She is also the owner of a small cottage food bakery making gluten-free low-and no-sugar treats derived from traditional Viennese recipes. She is also the proud mom of a recent high-school graduate who is about to embark on a global gap year.